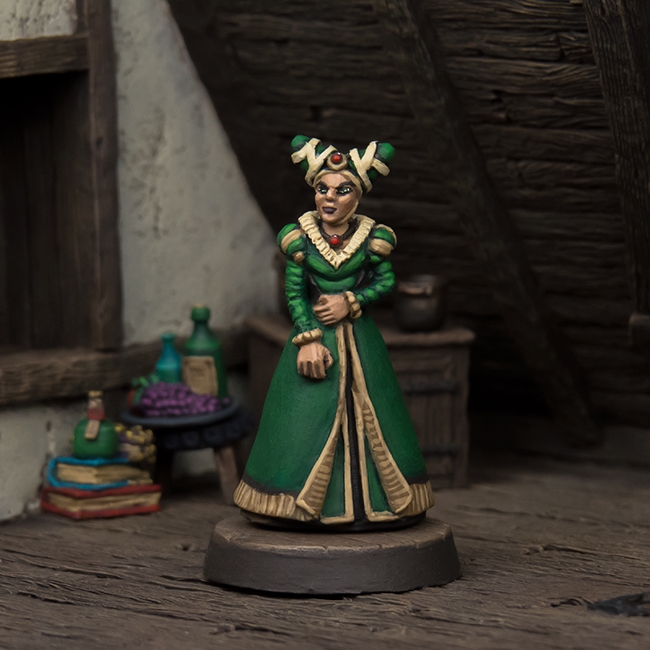 The von Struttendorf family is the wealthiest and one of the most influential in Stronghold. As the owners of the extremely successful coaching line “Black Horse Carriers” they have established a direct network to Arkwright & many other towns, which they use to their advantage.

Ludmilla is married to Otto von Struttendorf, an old puppet figurehead as Ludmilla is definitely running the show. though Ludmilla is north of fifty seasons herself.

Together they have a son and a daughter “Wilhelm & Dorothea”.
With Otto often being “away on business”, or sequestered, Ludmilla runs the family. If you visit Ludmilla in her lavish manor, you’ll often find her together with her cat Colette.